Piggy KL and I share very similar eating habits and one of our favorites from back in our college days is Shabu Shabu!  Shabu Shabu is a Japanese version of the Chinese hot pot.  But in this post, I'll be talking about the Korean take on Shabu Shabu (at a Korean-run Vietnamese restaurant...confusing I know!). 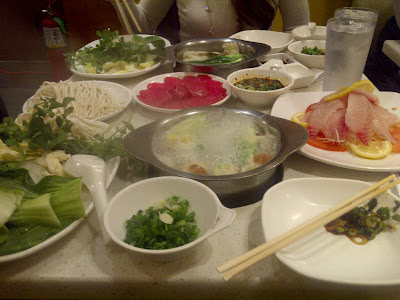 Both Piggy KL and I grew up on hot pot.  It's pretty much a staple at both our family's dinners (Piggy KL even posted about it in her Non-traditional Christmas Dinners post here).  Piggy KL and I used to make the trek to our favorite Shabu Shabu spot Minni's Shabu in Flushing.  But after a Korean friend of mine introduced me to Pho 32 & Shabu in K-town, we've been able to enjoy Shabu Shabu much closer to home!

Most people go to Pho 32 & Shabu for the pho, but each table there is actually equipped with a hot plate at each seat so diners can enjoy an individual Shabu Shabu pot.  I've had both the pho and the Shabu Shabu and would say that the pho is ehhh but the Shabu Shabu is the REAL hidden gem...which I'm sharing with you all today! 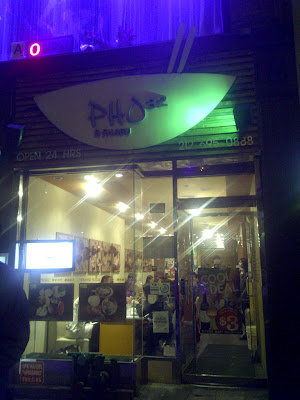 They have a couple different options available for Shabu Shabu.  My favorite is the fish and Piggy KL likes the beef.  Take a look at the Shabu Shabu menu below: 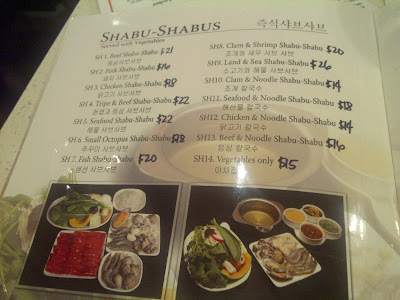 In addition to your meat or fish, each order comes with a big plate of veggies (including three different types of greens, Enoki mushrooms, Shitaki mushrooms, corn, fishcakes, onions, etc) and these awsome AWSOME chewy noodles.  Traditionally, the Chinese hot pot comes with the clear vermicelli noodles, but the Korean take on Shabu Shabu comes with these thick white tasty noodles! 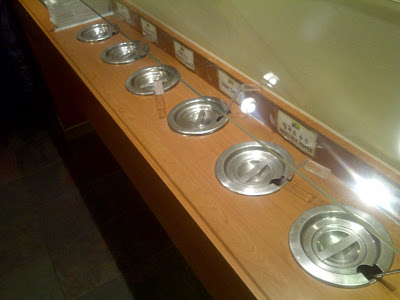 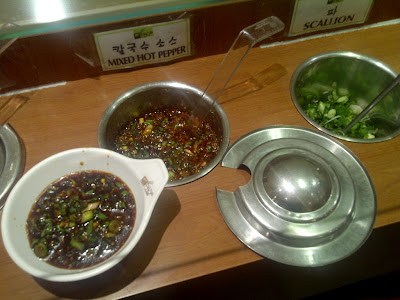 And with our sauces at the ready and our broth boiling, we are ready to cook away and eat! Lucky for us impatient eaters, both the fish and beef are quick to cook (the beef really cooks after a couple swishes in the boiling water). 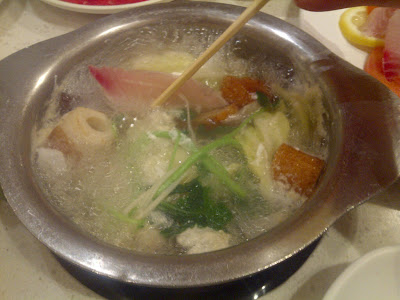 Nothing beats a nice Shabu Shabu dinner on a cold day.  Its fun to cook and even more fun to eat!  Come to Pho 32 & Shabu - skip the pho and give this hidden gem a try!

Thanks for reading - Piggy KK
Posted by katie + katie at 9:46 AM