Hello friends!  It's shaping up to be quite a busy month and this weekend was no exception.  Yesterday I hosted a Qdoba Mexican Grill House Party in celebration of Cinco de Mayo and had a blast!

It was my first time as a host for House Party, which connects brands with people nationwide who apply to be hosts for parties.  Brands will sponsor parties, and if you are selected as a host, you promise to invite friends and share the goodies supplied in the Party Pack.  It's a great way for brands to directly connect with consumers in such a saturated market.  Qdoba happened to be the first House Party I applied for, and I was so excited to be selected!  As a newbie host, I was a little anxious about how my first House Party would turn out, but it was a big hit and I'm hoping more parties will roll around that I can host. 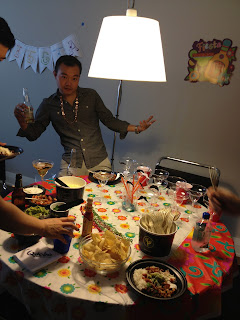 I'm always looking for an excuse to have get togethers at my apartment (I think I get this from my parents - they always willingly host parties at their house!) so was happy to celebrate Cinco de Mayo courtesy of Qdoba.  About 2 weeks before the party I got my Party Pack which included some goodies to use at the party and a certificate for a 20-person catering bar to redeem at my local Qdoba.

I suppose living in NYC for a decade has hardened me into expecting a hard time, but the manager of the local Qdoba at 3rd Avenue and 53rd Street was absolutely amazing!  Charisee truly went above and beyond to make sure we had everything we needed.  I was so worried it would be a hassle but she made it all so easy and was a joy to talk to.

With the food taken care of thanks to Qdoba, I was able to play around with decorations.  Qdoba supplied plastic glasses which I dressed up with some mustaches.  I also made mustache props for my guests, a Fiesta banner, Cinco de Mayo wreath, and got some fun Fiesta necklaces!

Well, with all this eating and over-indulging that I've been doing, I've had to consider some new alternatives to eating pasta when at home.  A coworker suggested that I give spagetti squash a try and so I thought, why not?

Although its more widely available during the Fall, you can usually find spaghetti squash all year round.  I went to Whole Foods and picked a nice bright yellow one out for my dinner.

The three most popular ways to cook spaghetti squash are to (1) bake it in the oven (2) boil it (3) microwave it.  In the interest of time (oven takes 60+ minutes and boiling takes about 30-40 minutes), I decided to microwave it.

Many people say to split the squash in half lengthwise to cut the cooking time, but I could barely get my knife through the squash.  So I'll just skip that step and take the extra cook time lol.

Microwaving Spaghetti Squash:
Step 1: Take a fork and poked holes all over the squash (otherwise you will have exploded squash all over your microwave from the pressure).

Last summer, I had read about a new bakery opening on the UES.  Similar to Laduree, Maison Kayser is a well-regarded French bakery/cafe with branches around the world and they've finally opened a NYC branch.  If you need to know anything about me, its my love for bread and baked goods (mostly bread though heee).  So of course I was super interested in scoping out this new bakery known for its bread.

A friend suggested we meet for dinner at Maison Kayser and I was super surprised to find out that they offer full meals at the cafe!

As I rolled myself in, I was immediately greeted with a beautiful display of tarts, pastries, desserts, breads, rolls, croissants, and all sorts of goodies.

Then when I looked to the right, I saw the large and spacious dining area:

As I dragged myself away from the display cases, my attention was next attracted to the big windows showing the bakery in the back.  Where bread is born!!!  Fresh baguettes were still coming out of the oven even at 6:30pm.

I'm baaaaaaack!  Did you guys miss me?  I know I know... I've been MIA for a bit, but its been hectic the last couple weeks.  I'm excited to be back in action though!

When you walk in, you'll find a colorful and awsome looking bar area on the right.  On the left, you'll find a cozy dining area with exposed brick walls, great lighting, and well placed art/fixtures that create a fantastic atmosphere. 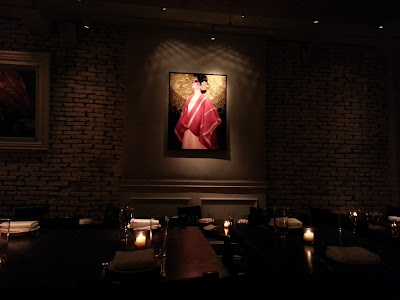 EMM Group, the people behind Catch and Tenjune, just opened their new spot The General last week.  Talk about getting the word out - I got emails about the opening from all sorts of sites such as Urbandaddy, Eater, and Thrillist.  All right all right, let's give it a go then shall we? 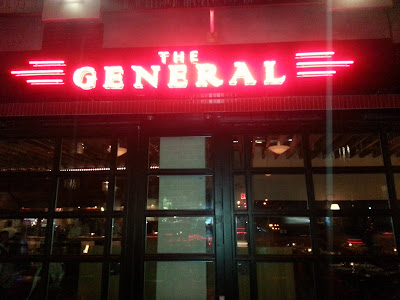 One of my dining compadres called earlier in the week to make a reservation for 4 people for Friday night.  We were told that only 6:30pm and 9:30pm were open.  Ok...looks like we're gonna have to go with 6:30pm on this one.  Late dinner reservations on a Friday really means an ugly Saturday morning so yes, lets eat first before kicking off any kind of Friday night festivities.  (Although, after we finished up and were leaving a bunch of tables were still open and available.  I will never know how these things work...)

Upon arrival, I was amazed at how big the space was.  There's a huge bar area up front with lots of tables and a decently sized dining room in the back.  The General had bold wall paper, funky lights, and modern chairs which added to the fun and super lush feel of the place. 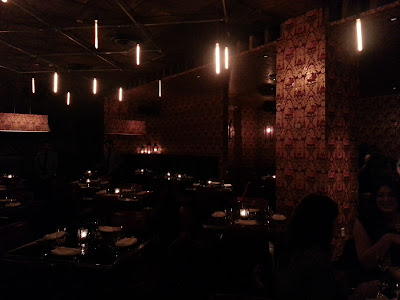 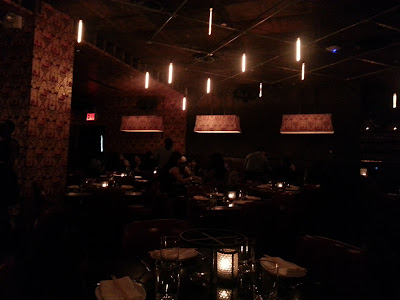 Given all the space and the scarcity of people rushing for 6:30pm dinner (just me huh?), I was surprised when the hostess tried to seat us right on top of the only other table seated.  No exaggeration, the chair of one of the girls at the other table was touching the chair at our table.  When we asked to be placed in any of the other 296 remaining seats, I was even MORE surprised when we were given push-back and left standing (!!).

Last summer, as I headed to Cask Bar + Kitchen, I passed by the cutest restaurant front: 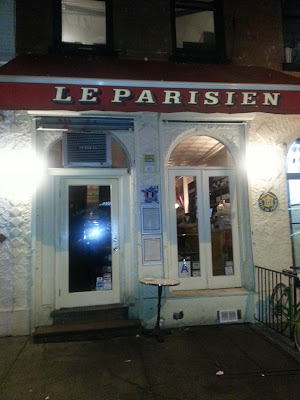 Le Parisien just exuded such a feeling that, for a moment, I got that "I'm not in NYC but in Europe" feeling.  As I walked passed and peeked into the window, I saw such a warm and cozy space that I immediately took this picture so that I could add it to my "to-try" list.  Fast forward a couple months, and I've finally managed to have a meal at Le Parisien!

I'm embarrassed to admit that on the day of dinner, I was 30 minutes late to meeting my friend (for those of you who know me, I institute a strict 15-min rule).  However, the hostess at Le Parisien still sat my dining compadre before I arrived.  I love that - most restaurants in NYC won't even take your name unless everyone in your group has arrived!

The inside of Le Parisien is charming and filled with various knickknacks and pictures.  There is a small bar area with wine bottles sectioned off by labels written in chalk.  Really added to the charm of the restaurant!

Hello Fellow Piggys!  It's been a while hasn't it?  So much has happened since I last posted, but the biggest of all is that it's now 2013!  Happy New Year!

I took some time to reflect on my 2012 and it was definitely quite a year for me:
- there was a break-up, a make-up, and a break-up again
- a best friend moved away, a best friend moved back
- I took plane rides to Singapore, Malaysia, Taiwan, Las Vegas, Arkansas, Los Angeles and San Diego
- Sandy reminded us of our vulnerability
- I parted ways with my crackberry and finally got a fully functional smartphone (luuuuurv my S3!)
- and most importantly, I realized I almost let go of a dream

That realization was a hard one for me to swallow.  And so I didn't swallow it.  I decided to pursue it and here we are folks - its happening!  I know I'm being vague, but I will have explanations later.  For now, I'm only looking forward to what 2013 will be.  And what better way to kick it off on this blog than with a post!

Rye in Williamsburg.  This restaurant has been on Piggy KL's and my list for a while now and we finally had the chance to scope it out!  A quick ride on the L train and a dark yet brisk walk from the Bedford station transported us to the Rye dining room. 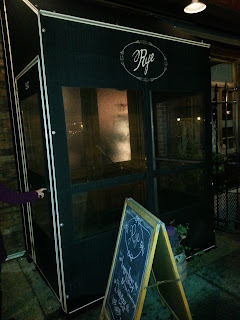 We arrived around 6:30pm on a weekday and there were plenty of tables available, but by the time we left around 8pm it was definitely a scene!  They don't take reservations, but I believe you can call ahead and put your name down on the wait list on busy nights.

The menu was a simple one but it still offered something for everyone: 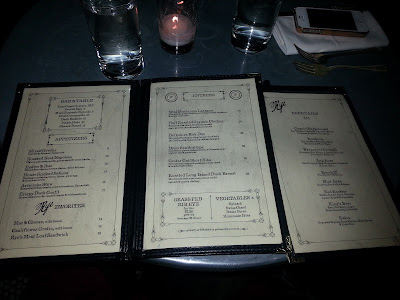